Yes! We’re STILL hyped about the recent release of Black Panther! I’ve actually seen it twice and wouldn’t have a second thought about seeing it again!

There has never been a movie for us, by us- that depicted us in so much light! I myself have never been to the movies to see movies such as 12 years a slave as I don’t want to see my people being beaten and treated like trash as much as we had to learn about it in school- y’all can miss me with that! But this- I had to get behind. And yes, I’ll be the first to admit I’m far from a Marvel fan. Hell I’ve only seen like the first Spider man… is that even Marvel 🤔 🤷🏾‍♀️. Just knowing that the superhero in this movie was a black man from Africa had me hyped!

From the amazing cast, fine ass men, cultural and political significant messages and the AMAZING culture of Wakandians- there is one aspect that no one can miss… 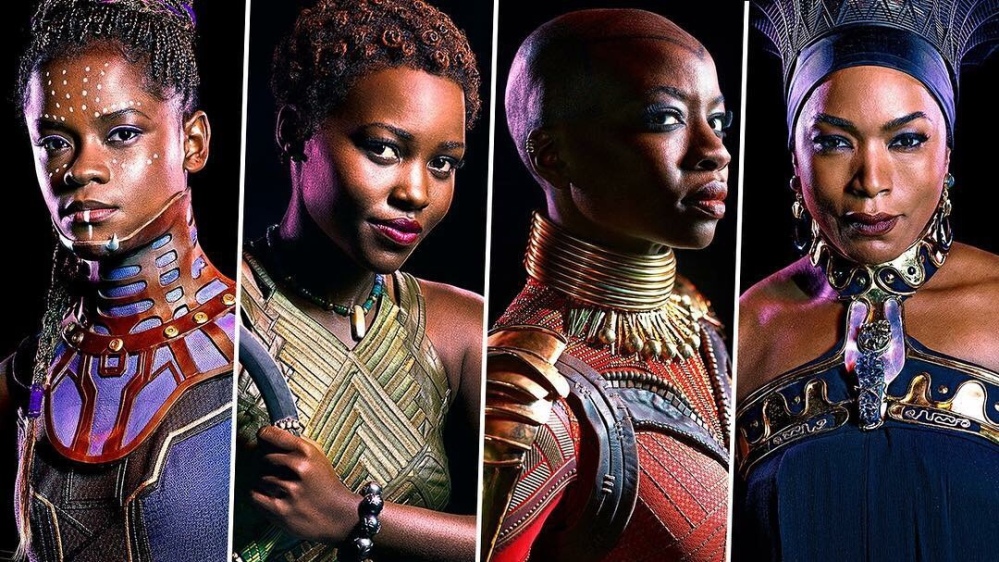 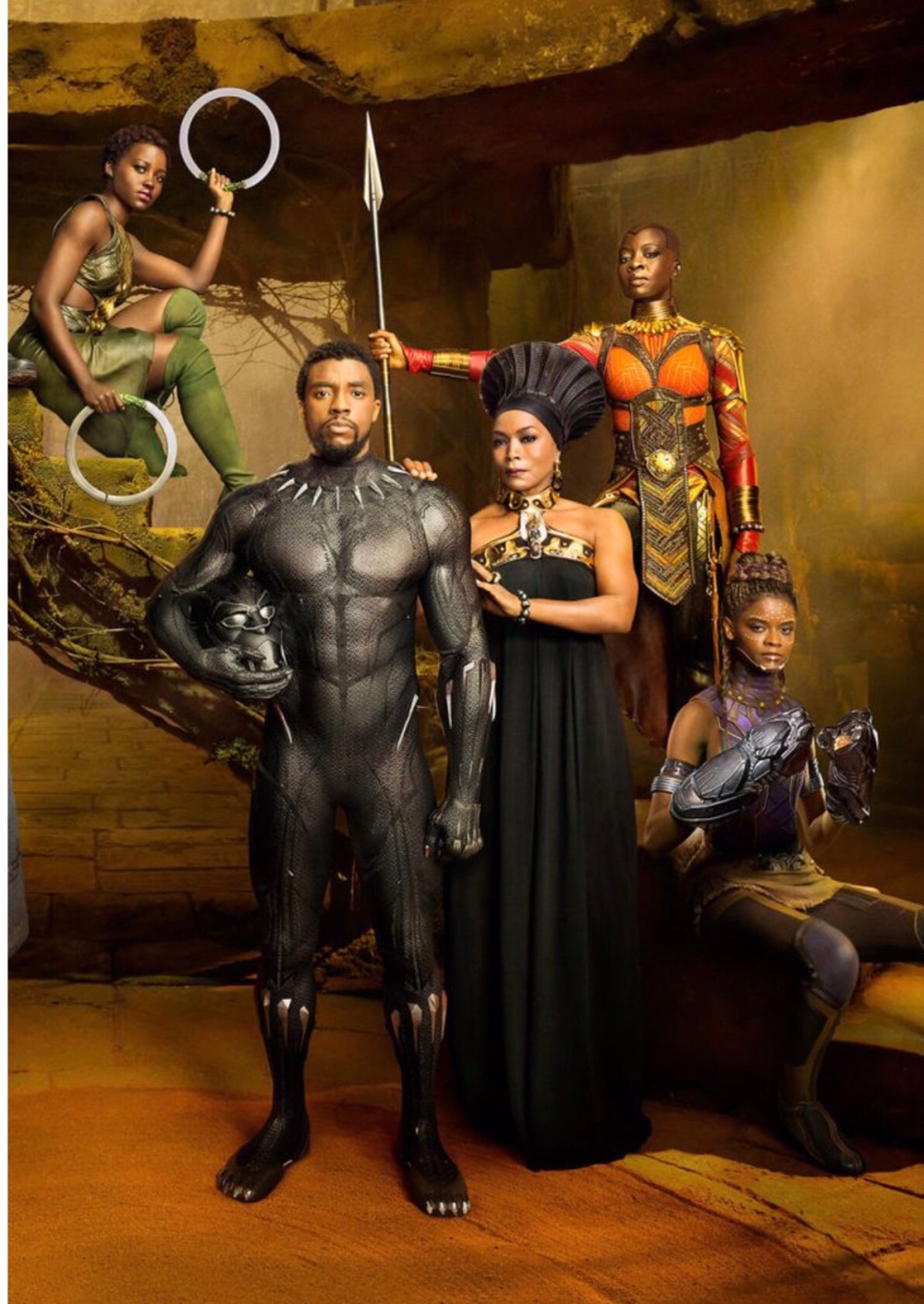 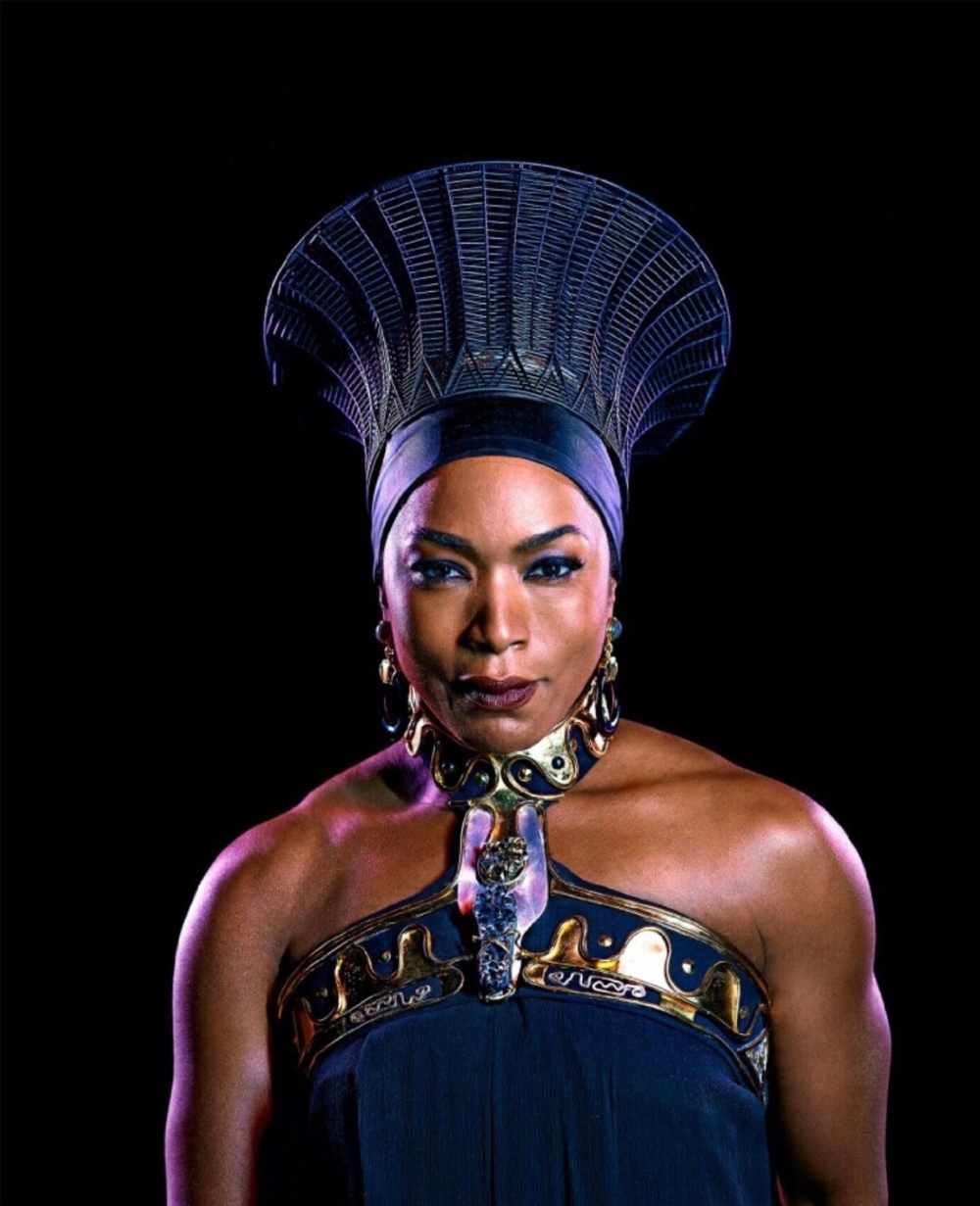 Mother of T’Challa, The Black Panther. After losing her husband, Queen Ramonda didn’t try to be the “Man” of Wakanda. She graciously took her role as the mother of a King and watched and supported as their son took on the task of ruler of Wakanda. Present day, there’s a lot to learn from the Queen. STOP trying to wear the pants and support our black Kings ! We are so busy trying to fill those shoes that we miss out on opportunities for a real man to step in and BE king! We are low key showing our daughters that we don’t need men- our black men! We are showing our sons that we don’t value them. They are so used to being the son, they never learn to be the man! Mamas, take note from Queen Ramonda and Kings continue to embrace, support and encourage us Queens! 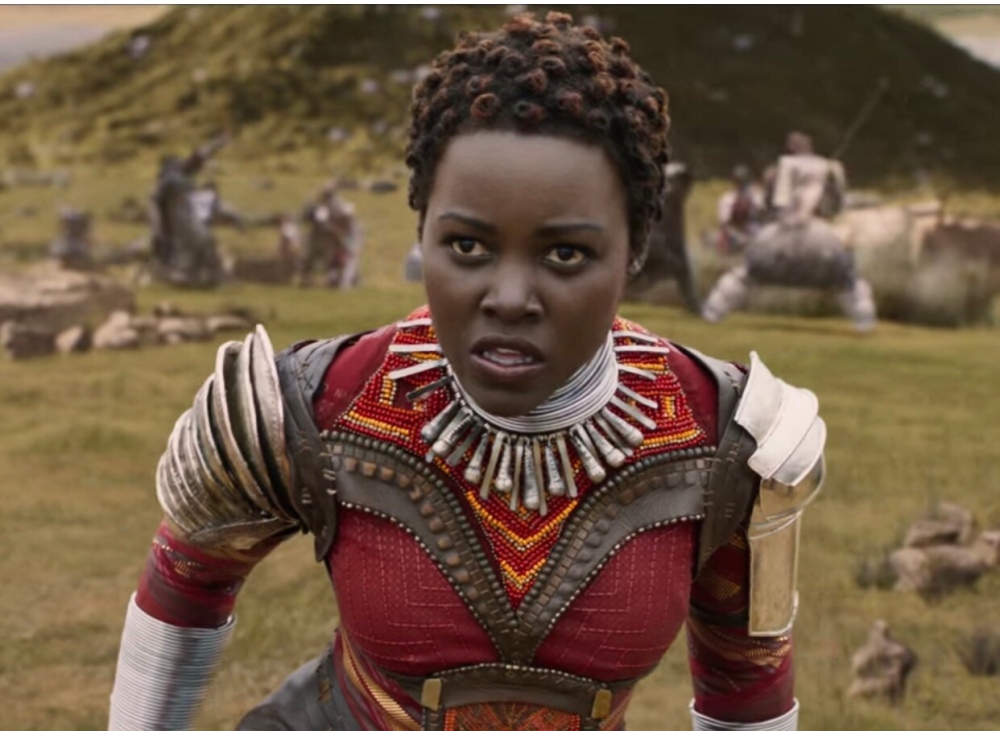 Well when we first meet this Queen on camera, she’s helping to free enslaved girls in Nigeria 🇳🇬 How powerful! Aside from sending the message that us melanated Queens need to have each other’s backs, Nakia also doubled as a member of the Dora Milaje- The all FEMALE protection squad! She never once questioned being at T’Challa’s side (GEM 💎😉) but made it clear that she wanted to return to fight for oppressed women! Queens- you are our King’s biggest supporters BUT never forget about fighting for YOU! 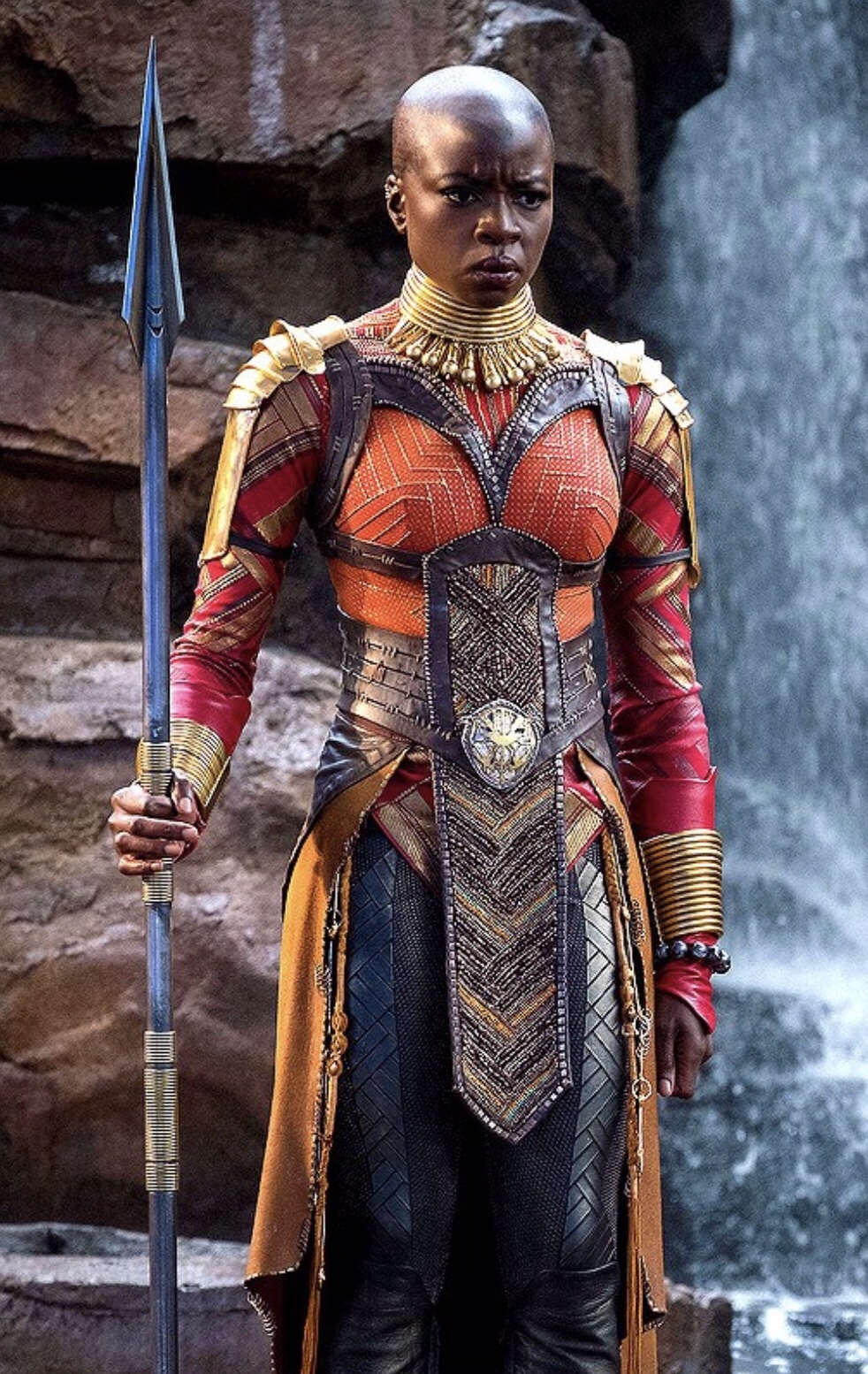 Another warrior of the Dora Milaje, Okoye was a force to be reckoned with! What stood out the most to me was her LOYALTY to Wakanda ✊🏾✊🏾🙅🏽‍♀️🙅🏽‍♀️ She was at her King’s side no matter the cost. I mean you couldn’t even touch the man! “If he touches you again, I’m going to impale him on that desk” 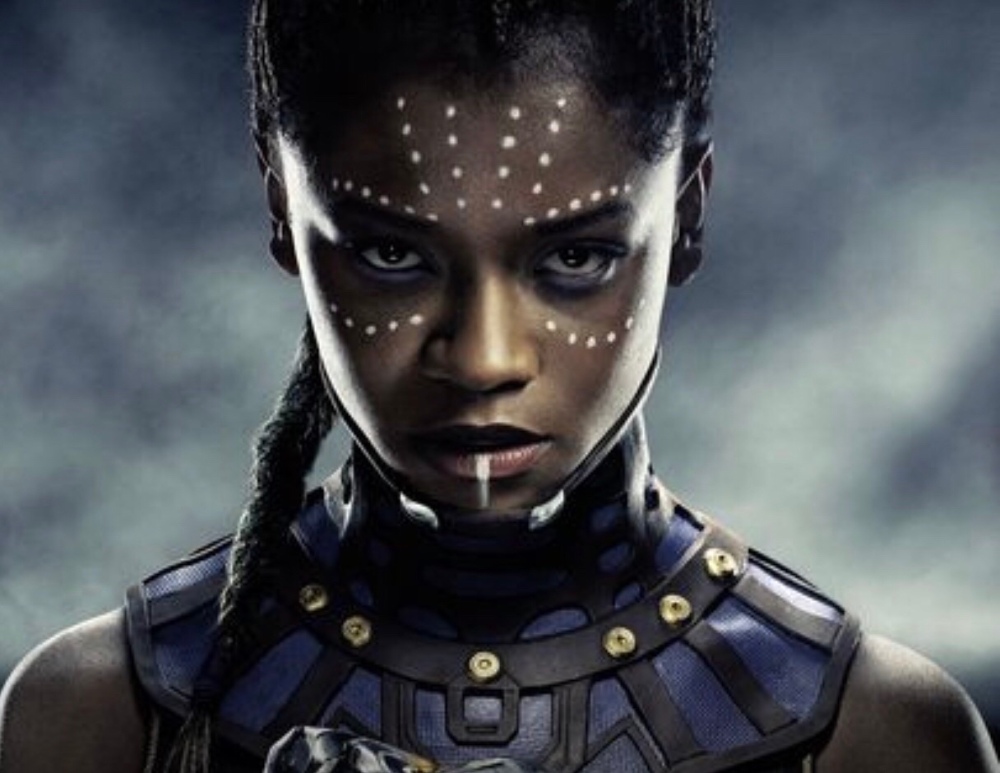 Man this girl makes everyone want to have a little sister! She was so dope! Her love and honor for her older brother was heartwarming. Not to mention the genius (STEM anyone?) she bought to the film- I mean would there even be a place as powerful as Wakanda without Shuri? I encourage you to get your kids involved in STEM activities (Science, Technology, Engineering and Mathematics) as these subjects lead to careers that normally produce the highest incomes.

If you haven’t seen Black Panther yet, I encourage you to do so and soak in all that BLACK GIRL MAGIC! It will definitely be worth your time as it inspires us to reign as the Queens we are!